Welcome to our new website! Please give us feedback. 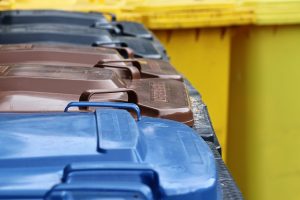 Depending on where you live in Marin, there are different waste service providers. Those companies operate under different franchise agreements with governing agencies.  The County of Marin's Waste Management division administers waste collection franchises for three unincorporated areas of the County:

If your area is not listed  above , it is probably under a franchise agreement that is not administered by the County of Marin's Waste Management division. Each city, town and nine special districts in Marin county also hold waste collection franchises.  For a list of other areas of Marin and their related garbage haulers, visit Zero Waste Marin.